There will be a special pre-performance talk on Thursday 4th May at 6.30pm with Elena Langer, Joanna Marsh, Errollyn Wallen and David Pountney, hosted by Ashutosh Khandekar, editor of Opera Now.

Renowned director and librettist David Pountney (Artistic Director of Welsh National Opera) interweaves the scenes in this contemporary showcase, with piano accompaniment under the baton of NOS Head of Music and distinguished conductor Mark Shanahan. The annual contemporary scenes production is a highlight of the National Opera Studio’s Training Programme, and demonstrates the Young Artists’ performance abilities while championing new opera writing in the UK.

My Beautiful Camel by Joanna Marsh, with libretto by David Pountney, takes place inside the offices of the Burj Khalifa, the iconic skyscraper in Dubai. Ivan, a Russian event manager, is struggling to keep his company afloat and his last hope lies with a contract to run Dubai Fashion Week, but following a heap of mistakes and a series of poor decisions, pandemonium ensues

The Storm Cloud (Tucha) was composed in 2012 by Elena Langer, featuring text from an old Russian lament. A woman is exasperated by her idle husband and pleads for a storm cloud to kill him.  Alas for the woman, the storm cloud shows up, but the outcome was not as she had hoped.

Four Sisters is a new work, also by Elena Langer, and librettist John Lloyd Davies. Three daughters of a fabulously wealthy and recently deceased industrialist wait in his New York apartment for the family lawyer to read his will.  They dream of the lives which his money will now make possible.  But where is the will? And what might it contain?

Sabina Spielrein by Errollyn Wallen, with libretto by David Pountney, tells the plight of a pioneering psychoanalyst, her revolutionary thinking and her relationship with Carl Jung and Siegmund Freud.  The opera develops through multiple scenes and moments in her life, moving backwards and forwards in time.

The National Opera Studio plays an essential role at the heart of British opera. National Opera Studio works in partnership with the UK’s leading Opera Companies - English National Opera, Glyndebourne, Opera North, the Royal Opera House, Scottish Opera and Welsh National Opera – to provide professional training of the highest quality for singers and répétiteurs who have the potential to become the leading artists of their generation. The successful candidates are selected by the Opera Companies from hundreds of applicants. The Training Programmes, individually designed to meet the needs and aspirations of each artist, are provided by coaches who are the leaders in their disciplines. Young Artists also have regular opportunities to work closely with leading directors and conductors to prepare opera scenes for performance. The intensity of the Training Programme is designed to create a working environment that reflects the professional opera world. National Opera Studio-trained singers have gone on to build successful careers at an international level, and NOS-trained répétiteurs are coaches, conductors and are on senior music and artistic staff of opera companies around the world.

The National Opera Studio Contemporary Scenes Production is supported by The Boltini Trust. 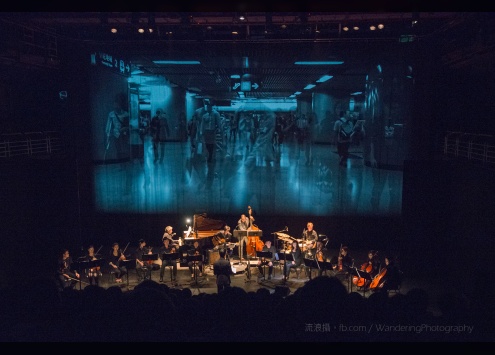 Get 20% off tickets when you book to see both Hong Kong Episodes and Music Lab.Explore the unique charm of Hong Kong on a cinematic musical journey filled with intrigue.Original music written collab... 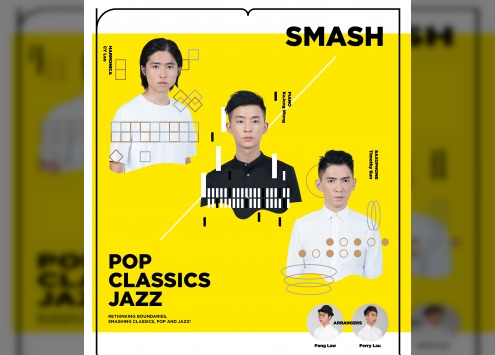 Get 20% off tickets when you book to see both Music Lab and Hong Kong Episodes.Three bold performances from Hong Kong programming hub, Music Lab. Advocating for the relevance of music on and off the...