Wilton's on the Move

The buildings of Wilton's have been on this site in one form or another since the 1690s. The hall itself is now the oldest surviving grand Victorian music hall, having been built in 1859. We all know that Wilton's survived the Blitz, the GLC slum clearances and decades of dereliction but despite this even those campaigning to save it had plans to pull it down!

The London docks were decimated during the Second World War and it was not until many decades later that reconstruction could begin. When it did, it exploded; the regeneration of the Docklands is one the resounding successes of gentrification, but in the process it altered completely the atmosphere and community of the area. St Katherine Docks redeveloped the western side in the early 1970s, it became the prestige project for developer Taylor Woodrow and remains a popular and vibrant hub today.

The campaign team behind Wilton's in the late 1970s were closely linked to local organisations including All Hallows by the Tower church and St Katherine's By the Tower Ltd., a Taylor Woodrow company who advised on the structural aspects of Wilton's restoration. It is less surprising that there would be a vested interest in relocating Wilton's closer to the Katherine Docks redevelopment. The radical idea was, however, endorsed by the Trust and became a very real prospect as they prepared plans for Wilton's future. 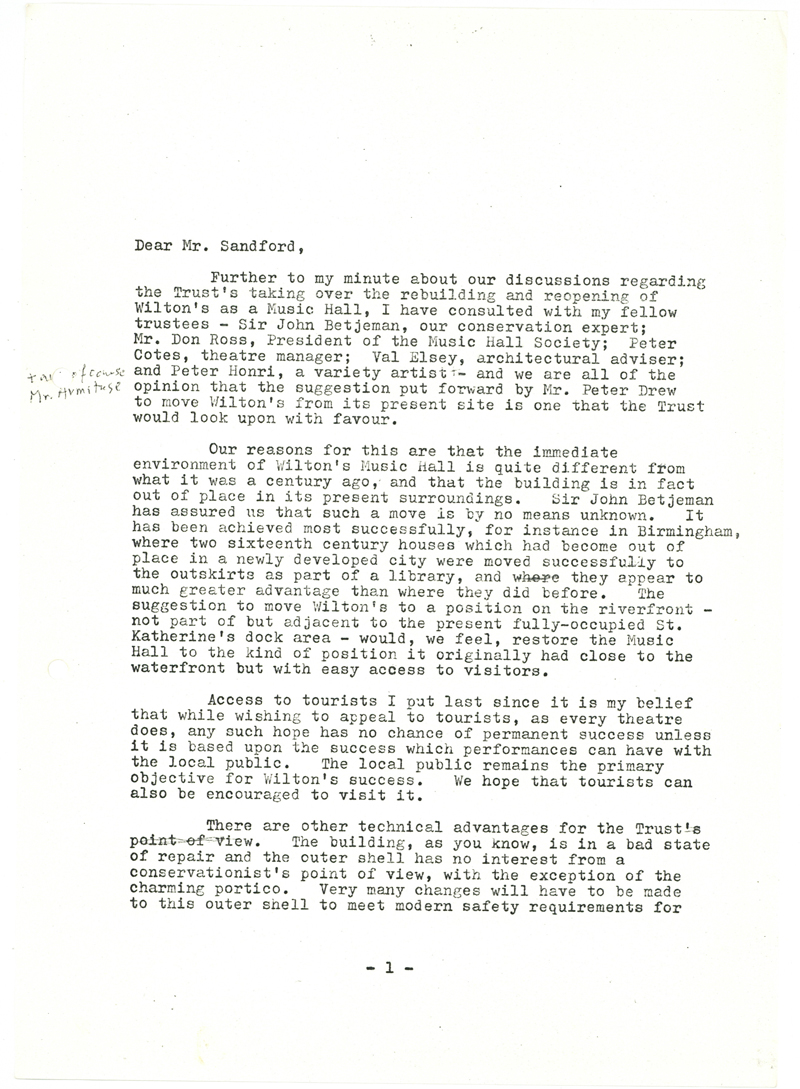 The move did not happen and new communities populated and rebuilt the surroundings of Wilton's, ensuring a more viable prospect for remaining in situ. It is easy to dismiss the idea of relocation, but Spon Street in Coventry and sites such as Beamish and the Black Country Museum have proved that the drastic step can offer a positive and stable future for at risk structures. Numerous schemes have come and gone for Wilton's - the final restoration is respectful and almost invisible but that comes as the result of exhausting wildly different ideas and passing through waves of development trends.