Kurt Weill’s “The Silver Lake (Der Silbersee)” was the first musical production at Wilton’s in over 100 years when it premiered in a new translation by Rory Bremner at the end of March 1999.

Although Fiona Shaw had performed “The Waste Land” in a short run from December 1997, Wilton’s remained boarded up until Broomhill Opera took on a lease from the London Music Hall Trust to produce a small range of operas each year.

Founded in 1991, and based at the David Salomons estate at Southborough near Tunbridge Wells, Kent; Broomhill Opera under General Director, Mark Dornford-May, attracted quality artists, including notably Jonathan Miller to direct Ariadne Auf Naxos (1993) and Rodelinda (1996). After their 4th season, Broomhill were forced to leave the Salomons estate theatre and for 1997 they ran a season at a theatre in Christ’s Hospital, Horsham and at the Tyne Theatre and Opera House. 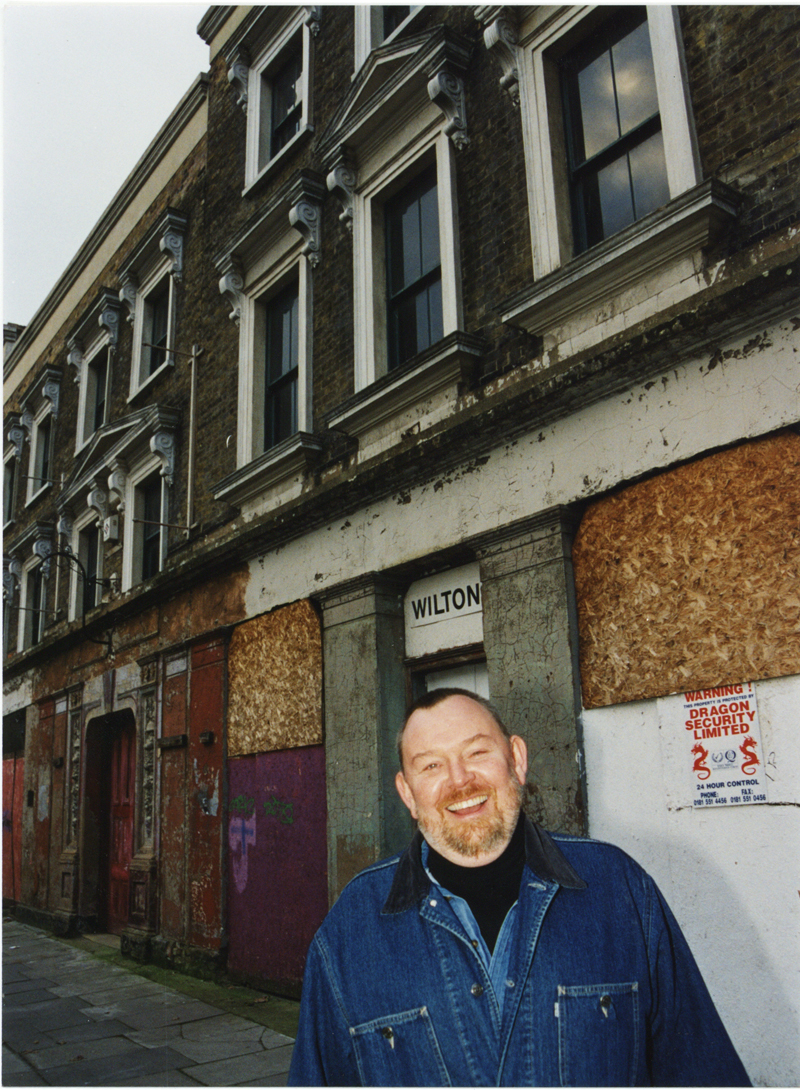 The Silver Lake was the first Broomhill Opera production at Wilton’s, opening on 29 March 1999 and running until 18 April. The first two performances (29 and 30 March) were run under an experimental “pay as much as you can” basis to attract the local community in Tower Hamlets (and residents affected by building works) to attend. So, the first performance with tickets at £15 -20 was on April Fool’s day. It is worth remembering that at the time top price tickets at Covent Garden were about £120.

Kurt Weill’s opera was first staged in February 1933 to the winter’s tale of Georg Keiser’s play. The story is one of complex capitalist injustice involving a policeman who wins the lottery and cares for a beggar he has previously shot for stealing a pineapple, not to mention scenes with a castle, enchanted forest and a greedy witch. In the final scene the policeman, who has been tricked out of his castle, and the beggar seek oblivion in the silver lake but it has frozen so they walk together across it. The Silver Lake was Weill’s last work in Germany as it opened just after Hitler came to power. It was rarely performed in Britain as Kaiser’s words were seen as too difficult and the piece requires a skilled mix of acting and singing from many performers. 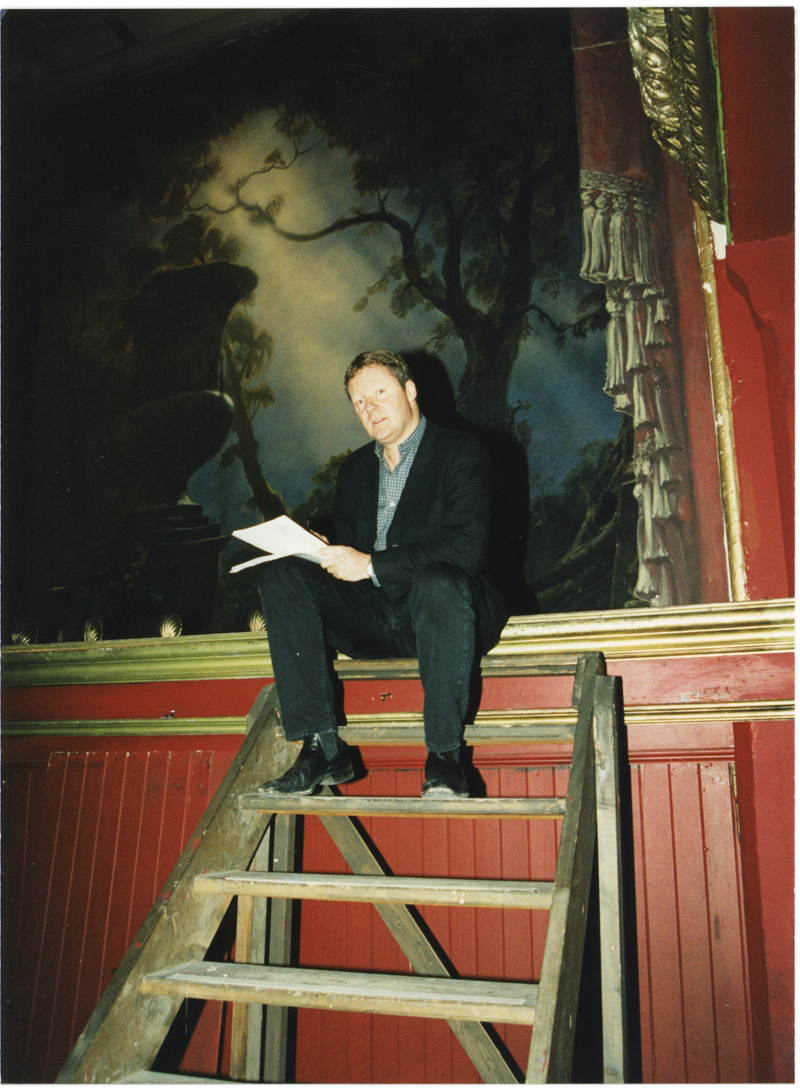 There is an element of chance in how Rory Bremner was chosen to write the translation. Dornford-May had heard Bremner reviewing a TV opera film on Radio 4 and how a conductor had kept interrupting Jonathan Miller talking about La Boheme. Bremner has a degree in French and German and Broomhill made an approach to him.  At the first meeting it was apparent that the conductor who Bremner had been so critical of was Charles Hazlewood, Music Director of Broomhill! 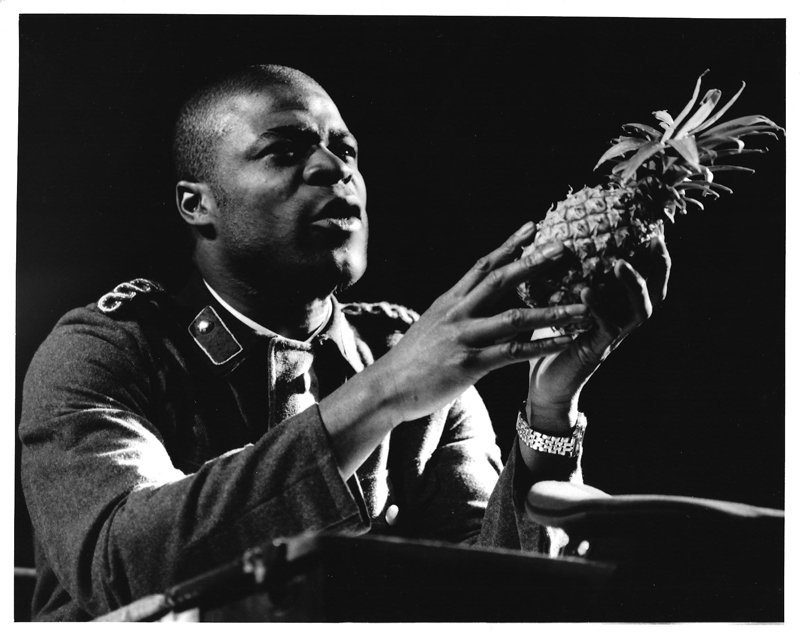 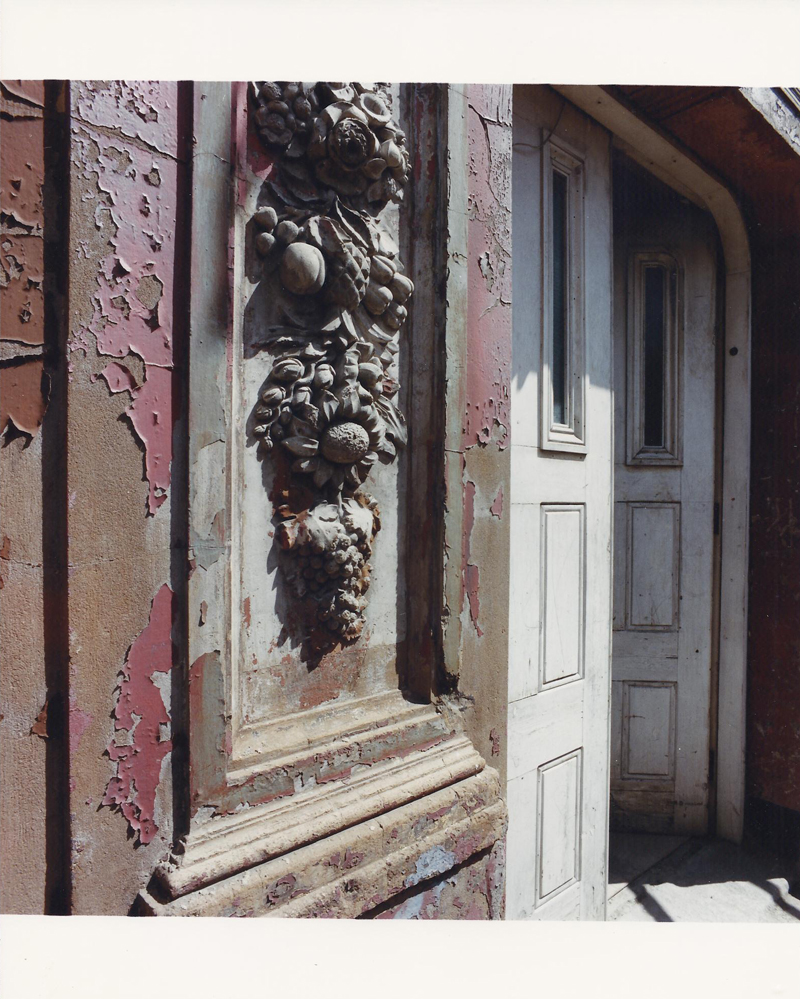 Nevertheless the project was soon underway and Bremner took on the translation challenge. The front of Wilton’s has a pineapple in the plasterwork which he saw it as a symbol of what the opera and Broomhill were about. This was a radical departure from his fame as an impressionist of politicians and personalities.

The story did however have modern resonances in the conjunction of capitalism and poverty and in the lottery seller’s song, part of which, in Bremner’s translation, is:
Before you know
You’ll see your price accrue
It’s you!
It’s really you! 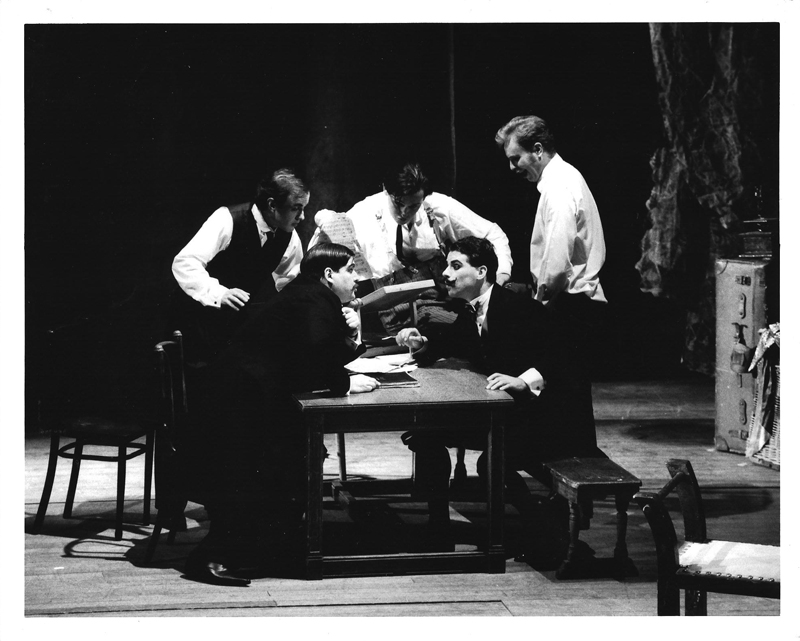 'The seats are penitentially uncomfortable…The public area is still bare bricks and boards, awaiting more money…At present, one has coffee in surroundings which reminded me of the sort of place where P.D.James might set one of her murder stories.' (Michael Kennedy, unknown publication)

'This is modern drama, breathing fire in a world where too much is lukewarm' (Nick Kimberley, The Independent; 1 April 1999)

'Wilton’s Music Hall, a seriously forlorn shell in Whitechapel with a great potential for a small-scale music theatre – given several million pounds more restoration work.  For the time being it’s a building site.' (Michael White, The Independent on Sunday; 4 April 1999) 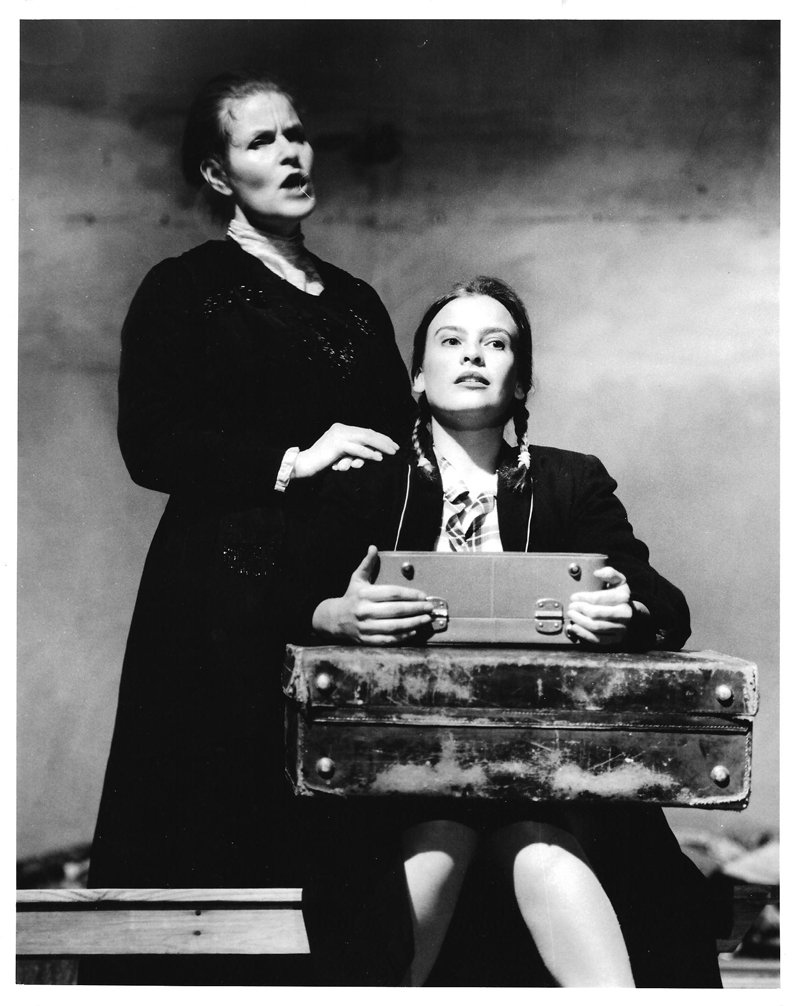 However Broomhill had running costs of about £320,000 a year and at affordable ticket prices could only hope to cover about 10% of this through the box office.  In January the Financial Times reported that the production due to open two months later was £50,000 short of its costs of £160,000.

Bremner’s personal commitment to the project secured late funding of £50,000 from Jewson’s for material to finish the building work and a guarantee of sponsorship from BP. As late as 2 March he met Vivien Duffield (Lady Sainsbury) at a topping out ceremony at the Royal Opera House and she agreed to support this in addition to her substantial philanthropy to the ROH.

As proof of the story’s hold on Bremner, when he selected his records for Desert Island Discs in 2003, he chose the final scene from “Der Silbersee” as number four and told the story of how he got involved.

The strange story of “Der Silbersee”, both as an opera and as a potential production, is a landmark in Wilton’s history but as one reviewer put it –“the survival of Wilton’s is almost as miraculous as anything that happens in “The Silverlake”. 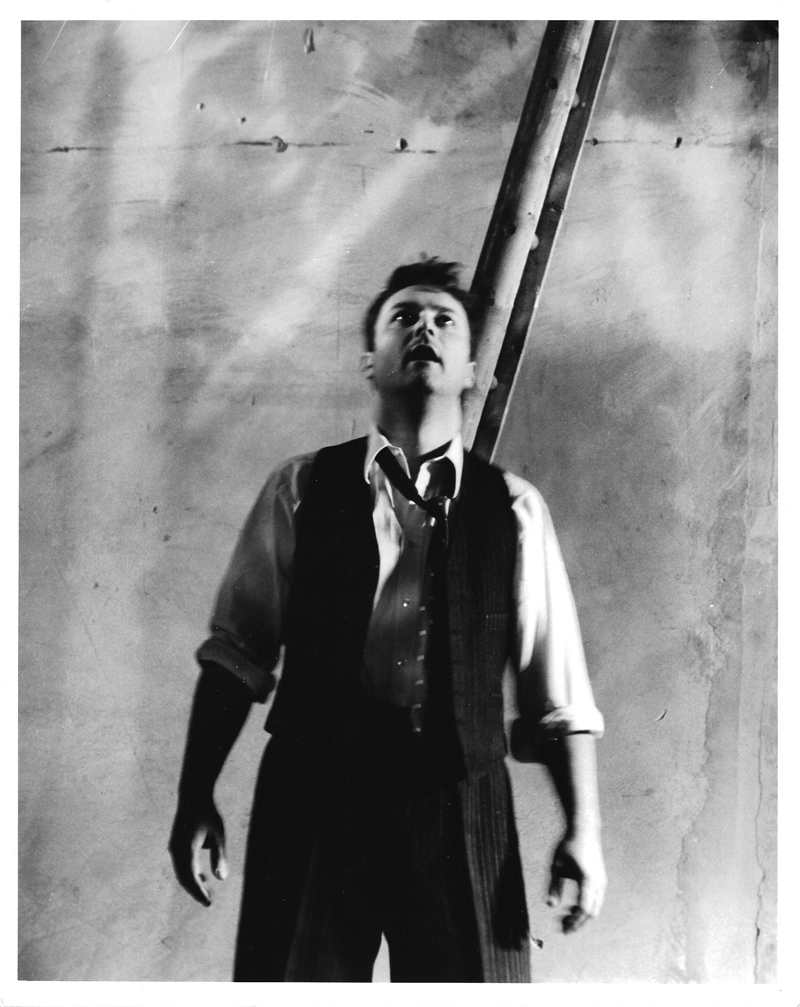