Now something of a regular at Wilton’s, OneTrackMinds returns with another vibrant selection of writers, thinkers and musicians each presenting a thought-provoking story about that one song which has changed their life, and is about to leave a lasting impact on yours.

Sofie Hagen - Originally from Denmark and now London based Sofie was the winner of the Best Newcomer Foster's Edinburgh Comedy Awards 2015.  Her assured, informed and deeply personal comedy has made her a star in the UK and throughout Europe.

Chris Lintott - Chris is a professor of astrophysics at the University of Oxford, where he is also a research fellow at New College. As Principal Investigator of the Zooniverse, he leads a team who run the world's most successful citizen science projects, allowing more than a million people to discover planets, transcribe ancigent papyri or explore the Serengeti. A passionate advocate of the public understanding of science, he is best known as co-presenter of the BBC's long running Sky at Night program.

Barry Adamson - Having released nine studio albums, including the 1992 Mercury Music Prize nominated ‘Soul Murder’, Barry has continued to tour globally with his talents being in as much demand by new generations of artists. Adamson’s new six track special release, Love Sick Dick, zeroes in on the theme of messed up, crazy unrequited love and lust.

Chiara Ventura - A graduate of the National Film and Television School’s, Chiara has produced a number of award-winning short films across fiction, animation and documentary, commissioned by Film London, Creative England, BFI and the BBC and worked in different areas of the film industry. Recently she was awarded a Special Mention from the Premio Italia Giovane (Young Italians Prize) as a young entrepreneur making a positive contribution to Italian culture.

Piers Torday - Piers is an award winning and best-selling writer for children, whose books include The Last Wild (Shortlisted for Waterstones Children’s Book Prize), The Dark Wild (Guardian Children’s Fiction Prize), The Wild Beyond and There May Be a Castle (Nominated for the Carnegie Medal 2018). His world premiere stage adaptation of John Masefield’s The Box of Delights opened in December at Wilton’s Music Hall in London.    Ross Lee Ross Lee is a comedian, actor and TV presenter from Leeds. He is the presenter of Ross Lee’s Ghoulies, a comedy horror-themed show on Nickelodeon, and for his work with Peter Serafinowicz and OneTrackMinds alumnus Robert Popper.

Cariad Lloyd - Cariad is an award-winning comedian, writer and improviser. She has been seen on Qi, Have I Got News For You, Toast of London, Murder in Successville, 8 out of 10 Cats does Countdown and Peep Show. She is also a member of Austentatious: An Improvised Jane Austen Novel, who are currently performing at the Piccadilly Theatre in the West End and she is the host and creator of Griefcast, a podcast about death with comedians.

Andy Nyman - Andy is an award-winning actor, director and writer who has earned acclaim from both critics and audiences for his work in theatre, film and television. He has worked with Derren Brown for almost 20 years, having co-written much of Derren’s TV and theatre work. He also co-wrote and directed most of Derren’s theatre shows including  Something Wicked This Way Comes which won the Best Entertainment Olivier Award.

Bridget Minamore - Bridget is a writer, poet and journalist. She was shortlisted to be London's first Young Poet Laureate, and is part the creative team behind Brainchild Festival. In 2015 Bridget was chosen as one of The Hospital Club's Emerging Creatives, as well as one of Speaking Volumes’ 40 Stars of Black British Literature. Titanic (Out-Spoken Press), her debut pamphlet of poems on modern love and loss, came out in May 2016.

Adam Shakinovsky - Adam started life in film on Noah Baumbach’s Oscar nominated The Squid and the Whale. The film’s critical acclaim and subsequent meteoric rise of the director can only be attributed to Adam’s earnest coffee making, energetic photocopying and general headless chickenery on set. Adam has since written and produced films for the likes of the BFI, The Times online and has just been commissioned to write a series of children’s books as well as a TV adaptation of a classic children’s novel for Amber Entertainment.

Jon Morter - Jon is best known for his gatecrashing of the music industry in 2009 with his phenomenal ‘Rage Against The X Factor’ campaign, sweeping Rap/Metal band Rage Against The Machine into the sought after UK Christmas No.1 spot, and £160,000 raised for charity. A Guinness record for downloads was broken plus Facebook gave him his own personal member of staff to assist with the 1.6 million group members he had amassed in just 4 weeks. Jon has also recently gained notoriety for creating the ‘Condescending Corporate Brand’, a fake company (referred to as the ‘Spinal Tap’ of Social Media) that only exists within Facebook and Twitter cheekily lampooning large companies trying to ‘do’ social media, yet seem to get it spectacularly wrong.

Iain Cooper - Iain is a writer, creative director, musician, voice over artist and ‘one-time’ poet, with roots firmly planted in pre-takeover Hong Kong. His only published poem was written for a South African bank and translated into Xhosa and Zulu! During his time in Cape Town, he worked on the ANC’s election campaign, wrote a piece for Nelson Mandela and had two jingles recorded in all 11 official languages. After that, he spent nearly 20 years in the Middle East and helped launch the music career of a Bahraini Sheikh, together with ex-Wham manager, Simon Napier-Bell.

Lineup is subject to change 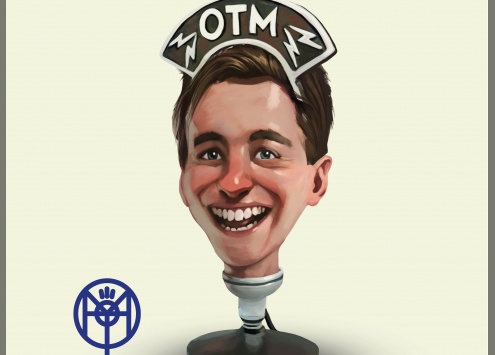 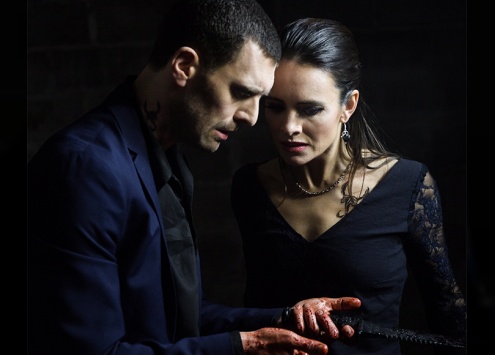 Adrienne Rich
The Dream of a Common Language: The Women Poets Who Changed 1968 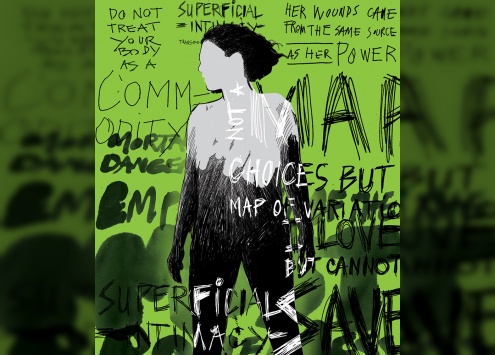 Get to know the poet who forged a new language for sexuality and war politics for generations to come: Adrienne Rich. For Adrienne Rich, poetry was not intended to massage an egotistical dream o... 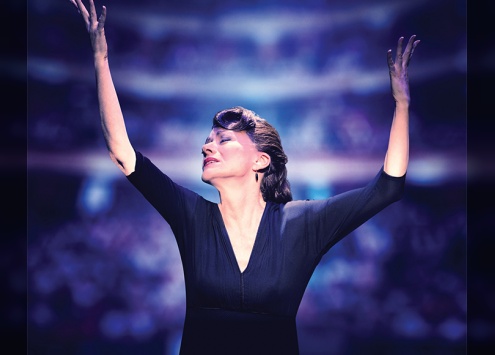