Presented by City of London Sinfonia

Mozart and Vivaldi were the original rock ‘n’ roll stars.

Both took cities famed for parties by storm, were virtuoso performers as well as composers, and led lives that were as chaotic and incident filled as any rock ’n’ roll colossus from the 60s, 70s or 80s.

City of London Sinfonia presents the music of these incredible composers in the exhilarating and intimate atmosphere that they would have known in their own day – more akin to a small-scale gig than the concert hall. The Orchestra is joined by pianist Robert Levin and Norwegian violinist Terje Tønnesen who each recapture the party spirit and decadence of the composers’ cities – Mozart’s enlightenment Vienna and Vivaldi’s baroque Venice.

Pianist Robert Levin joins City of London Sinfonia to perform two Mozart concertos, no.18 and no.19, improvising solos and using ideas and tunes suggested by the audience – just as, legend recalls, Mozart did.

Norwegian violinist Terje Tønnesen and City of London Sinfonia recapture the party spirit and decadence of Vivaldi’s Venice with a unique take on the Baroque composer’s most famous work, The Four Seasons, and music by other violin virtuosos from history.

City of London Sinfonia performs Vivaldi’s most famous work, The Four Seasons, in a relaxed, afternoon performance with introductions from the Orchestra’s musicians. 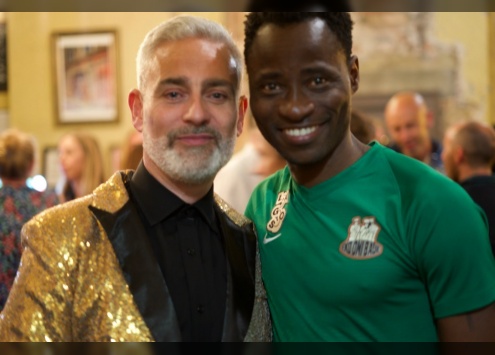 *Following the announcement of a national lockdown on Monday 4th January, we will be contacting all ticket bookers in due course. Please get in touch with us on info@wiltons.org.uk if you have an...

Swinging entertainment from an all-female, all-star line-up, as cabaret diva Tricity Vogue returns to Wilton's with her joyous All Girl Swing Band. After a phenomenal sell-out show in 2019, Tricity's ...