The absurd wit of Edward Lear has delighted readers for decades, but nestled amongst the Great Gramboolian Plains, Crumpetty Trees and Fimble Fowls of Lear’s poems are glimpses into the real-world experiences of the so called ‘Nonsense Laureate’.

One of the liveliest figures in Victorian literature, Lear was a talented artist, illustrator, musician, author, poet and lifelong traveller. Despite finding widespread popularity in his native Britain, Lear spent much of his life abroad.

His vivid and imaginative observations of his adventures overseas colour his work, but also reveal glimpses of a perpetual melancholy. This sadness was perhaps driven by his ongoing struggles with mental and physical health, and unrealised identity as a gay man.

The characters in Lear’s poems too are often wayfarers, setting sail in sieves, voyaging to fantastic lands and searching for lost loves. Through examining Lear’s life of abandonment, wandering and unrequited love, is there sense to be found in his seemingly fanciful worlds?

Join Poet in the City for a night of poetry and discussion as we celebrate and explore the poetry of Edward Lear, hearing from contemporary poets and writers inspired by the lasting legacy of his sparkling wit and absurd imagination.
Featuring:

Michael Rosen
Michael is one of Britain’s best loved writers and performance poets for children and adults. His first degree in English Literature and Language was from Wadham College, Oxford and he went on to study for an MA at the University of Reading and a PhD at the former University of North London, now London Metropolitan. He is currently Professor of Children’s Literature at Goldsmiths, University of London where he co-devised and teaches critical approaches to reading on an MA in Children’s Literature, having done the same at Birkbeck, University of London. He has taught on MA courses in universities since 1994. He was the Children’s Laureate from 2007-2009 and has published over 200 books for children and adults, including the recent bestseller Many Different Kinds of Love and On The Move.
Lisa Dwan
Lisa is an award-winning Irish performer, director, writer, and scholar hailed by the New York Times as “the nonpareil interpreter of Samuel Beckett,” and best known for her critically acclaimed one-woman performances of Beckett’s plays, including The Beckett Trilogy & No’s Knife, both of which have sold out across the globe and more recently Eh Joe and Happy Days. She has recently collaborated with Sir Trevor Nunn on the critically acclaimed production of Samuel Becketts Eh Joe and again in 2021 for what critics hailed as a “definitive” and “masterfully done” - production of Happy Days. (The American & Evening Standard).
Dwan recently starred opposite James Nesbit in BLOODLANDS for the BBC and currently in the role as Lizzie in TOP BOY for Netflix. Dwan writes, presents, and lectures regularly on theatre, culture and Beckett. She has written and presented several TV and radio documentaries for BBC & SKY Arts on Samuel Beckett, Dante and Ovid, lectured at Columbia, Princeton, New York University, MIT, École Normale Supérieure, Cambridge and Oxford and was the 2020 long-term visiting professor in Princeton University & and is currently the CAST Mellon Distinguished Visiting Artist at MIT.

Sara Lodge
Sara is Senior Lecturer in English at the University of St Andrews, specializing in nineteenth-century literature and culture. She has studied Edward Lear’s diaries, letters, poems, and paintings for over a decade. Her book, Inventing Edward Lear (Harvard University Press, 2018) explores Lear’s sound-world and the music he wrote, as well as his non-conformist religious views, his contributions to natural history, and his self-elected membership of the Pre-Raphaelite Brotherhood. It was a CHOICE Outstanding Academic Title for 2019 and has been described by critics as ‘the only indispensable book for understanding Lear’ and ‘setting the standard for all future work’. Sara has appeared on BBC Radio 3 with a series of The Essay on Lear and recently anchored a documentary for RTE Lyric FM on Lear’s Irish journeys.
Noreen Masud
Noreen Masud is a Lecturer in Twentieth Century Literature at the University of Bristol, and an AHRC/BBC New Generation Thinker 2020. She writes and publishes widely on topics such as aphorisms, flatness and nonsense, with Edward Lear a particular focus. Her first book, Hard Language: Stevie Smith and the Aphorism, is out with Oxford University Press this year; her memoir/travelogue, A Flat Place, is out with Hamish Hamilton (UK) and Melville House Press (USA) in 2023. Noreen has made programmes for BBC Radio 3 on subjects including puppetry, Hadrian’s Wall and aphorisms. Her website is noreenmasud.com, and she tweets as @NoreenMasud.
Wilton's has been granted the use of Society Of London Theatre & UK Theatre's 'See It Safely' mark. The mark certifies that we are complying with the latest Government and industry COVID-19 guidelines, to ensure the safety of our staff and audiences. Find out more here about what Wilton's has put in place ready for your visit, and what you will need to know beforehand. 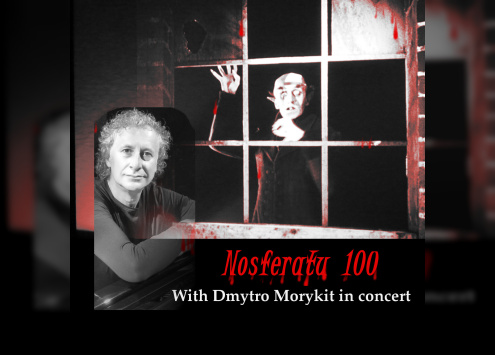 In 1921, the perfect vampire film was created by F. W. Murnau, based on Dracula but without permission from the Bram Stoker Estate. A court ordered the destruction of the plagiarised film, which was a... 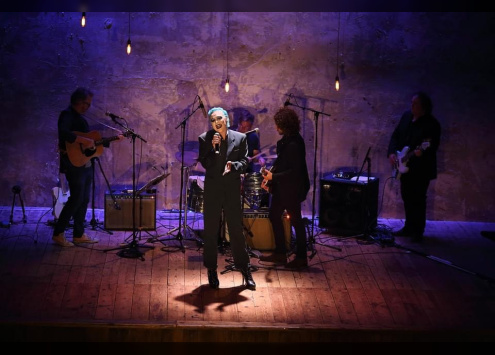 NEW SHOW FOR 2022! Following the success of our 2019 and 2021 shows, the very best of the UK’s cabaret community come together for a new show in song, dance, comedy, burlesque and performance t... 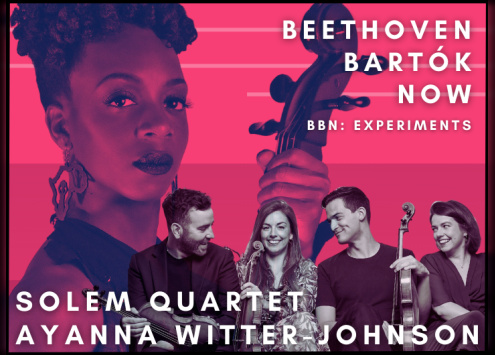 BBN: Experiments Solem Quartet Ayanna Witter-Johnson   Praised for their “cultured tone” (Arts Desk), the Solem Quartet has established itself as one of the mos... 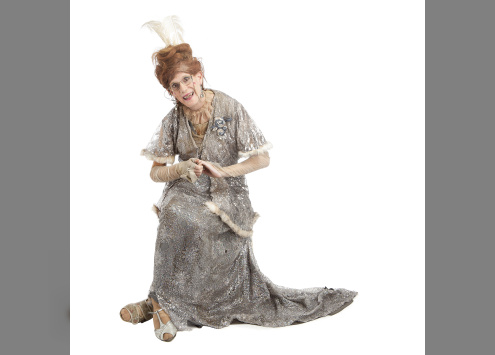 Ida Barr is a former star of the British Music Hall. She has refused to slough off this mortal coil for years now, and has embraced her own brand of urban RnB which she calls Artificial Hip Hop, mashi...